Check out below for an exclusive interview with Kylie Jenner’s make-up artist Hrush Achemyan.

Come live with me Hrush!!!!! @styledbyhrush

Hrush Achemyan is known as the makeup artist behind some of KarJenner’s most fabulous looks. You can see her works in the Internet, and over the red carpet. She as well is involved with Kylie’s website and app for her beauty pro.

How long have you been doing makeup for?
“10 years.”

How did it become a passion of yours?
“I’ve always been one of those people who has been overly obsessed with becoming something. I’m obsessed with art and beauty and colors and textures, so I always wanted to design. I originally wanted to be a clothing designer. And when I was growing up obviously my Dad was always like ‘No, you have to be like a doctor or something.’”

Is that parental pressure true of Armenian culture?
“Yeah, like you have to be a doctor or lawyer. I feel like now it’s totally changed, but we were from Armenia so we didn’t know any better.”

Did you grow up there?
“I was 5 years old when I moved to the States, and the reason why my family moved was because of the Soviet fall. Armenia used to be a communist country, so it was really bad times and I feel like I’ve been through extreme poverty with my parents, so I definitely appreciate the success that I have now. I think that’s where my work ethic comes from, because when we moved from America my dad literally worked 4 jobs. My mom worked and went to college at the same time; now she’s a criminologist. I’ve definitely developed this insane work ethic — when people look at the amount that I work they’re like, ‘How are you alive?’ My parents did it, so I feel like I have to do it too. I just have such strong role models that I feel there’s no room to say you’re tired, or you can’t. I’ve been taught that anything you want to do you’re going to be able to do, you just have to work your hardest.” 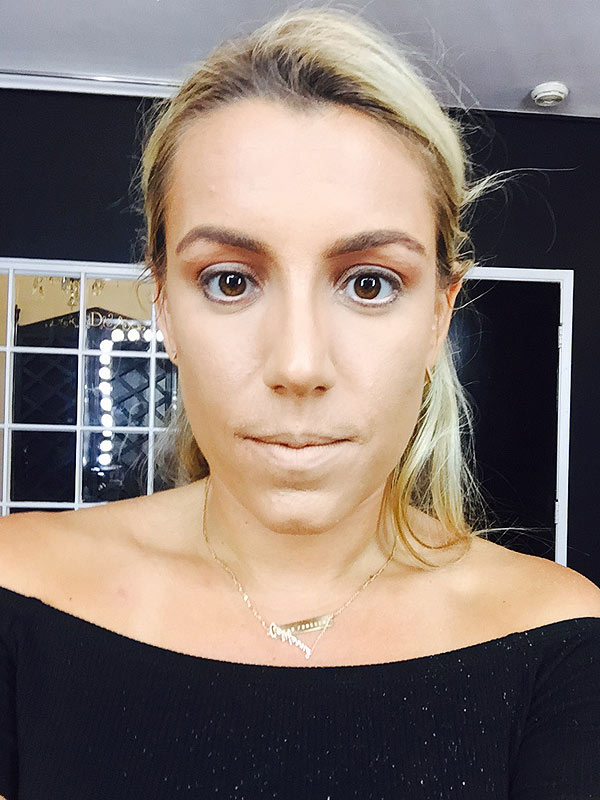 The Kardashians have always had a very strong understanding of makeup, and they’ve been forging a new beauty path for a lot of girls. It’s incredible that you’re a part of this now. Did they find you?
“They did find me. They found me through Instagram, which is crazy. And then we had mutual friends. I feel like the Kardashians are the ultimate authority on glam. I don’t care what anybody says — they are.”

Moving to Kim quickly, she has the most symmetrical face I’ve ever seen.
“She does. I feel like the world recognizes symmetry as beauty. But it’s very rare that people’s faces are symmetrical like that, because everyone’s one side is different. No person’s one eye is the same as the other because one has more blood flow than the other because of where your heart is. So you just need to recognize which one is bigger and do the makeup to where it’s tricking the eye and creating an optical illusion.”

How about the great contouring debate. What are your feelings?
“People that say they don’t contour are still contouring. And then the whole strobing thing, that’s been around just as long as contouring has. I feel like it’s a hot topic to talk about, but contouring has been around since Max Factor: since the beginning of photography and videography. And cinema. I think even if you put blush on in a certain way, you’re contouring. It’s just defining certain lines, that’s all it is. Whether you’re going to do it harshly or softly, it’s still contouring. And just because as you are contouring, things look a certain way during the process, but the finished result looks really different. And also everyone knows when you’re on camera, it looks so different. People ask me, ‘Do you do photo shoot makeup differently?’ The answer is yes, you have to. Red carpet makeup is totally different than photo shoot makeup. And photo shoot makeup is different if you’re going to be on video, like HD.” 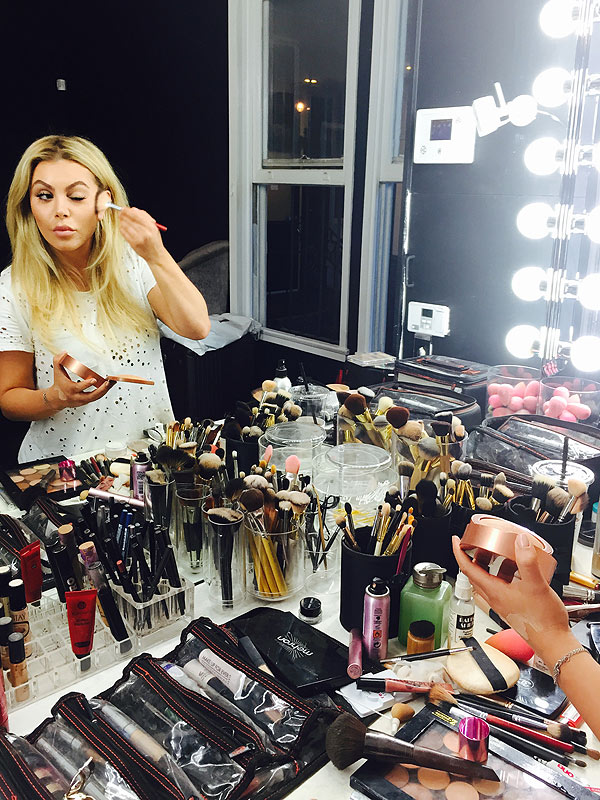 The ultimate canvases too, right?
“They are ultimate perfection in every single angle and every single light, and they are probably the kindest clients I’ve ever worked with. So I think that definitely with them — not only are they beautiful and talented — but also their beauty resides from within. I feel like they’re way prettier to me when I look at them versus when somebody else looks at them, because they’re so nice and they give equal opportunity for everybody. A lot of people didn’t give them that when they were coming up. They’re doing the opposite of that — and just being kind to everybody because other people weren’t that way with them.”

Is the dream to launch your own line of products?
“I think that’s definitely one for the future for me, but definitely. I like to be involved in everything I do. I would never let anyone control anything except for me. I want it to be from my heart and believe in it, so I’d definitely like to produce the product myself, with the ingredients and chemicals. That takes a very long time. I feel like everything happens for a reason.” 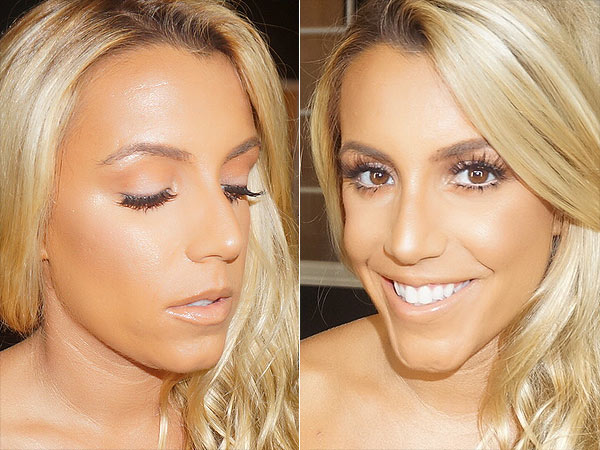 You’ve done such great work with them lately, especially with Kylie.
“Thank you! I know, I’m obsessed with Kylie. Her skin is like butter, she’s flawless and she’s a trendsetter. I would definitely say that she could put a paper bag on her head and twist it, and rock it because she has confidence. I feel like when people wear certain looks or certain things with confidence, they’re going to rock it out no matter what. Even if you wear like a potato sack — but you work that potato sack — everyone’s going to want to wear a potato sack.”

Is she very collaborative? It seems that way from her website tutorials.
“Super collaborative. I feel like when we first started working together she was like, ‘I like this, I like this, I like that.’ Our greatest looks have been a collaboration of her and I. I’ll be like ‘Let me do this, let me do that,’ and she’ll be like, ‘No, I like it like this, but it looks better if you shade this way…’ And she’s very attentive. She can do her makeup very, very well. Like very well. I feel a little bit more certified when she’s like, ‘It looks perfect,’ because she’s super picky.”

And because she’s become a beauty authority of her own, right?
“I feel like the young generation is going crazy over her right now, because I think she’s very outspoken, she’s herself — unapologetic. I think it’s the most beautiful thing for anyone to be 100% yourself, and own it, and be like ‘This is who I am, I don’t care what you think.’ She does so much charity work that’s not in the spotlight. She does things for children’s hospitals. On her birthday she sent multiple fans gifts. And nobody knew about it. She rescues animals, which is crazy. Her dogs are life; I’m obsessed with her dogs. If her dogs had babies … like me and her are not good if I don’t get a baby.”

Judging by your Instagram, you’re a huge fan of Kylie’s extensions.
“Yeah, I’m obsessed with her extensions. Compared to any other extensions I’ve ever used, they’re the best. Because of how the clips go in, they’re invisible. Her clips are the best I’ve ever seen in the whole industry for clip ins. But she spent a lot of time for that collaboration. Kylie’s like, a boss. No one’s going to push her around. She’s not one of those people who gets tricked. I feel like she’s extremely smart. I don’t think anyone gives her credit for how smart she is, and super business-minded. And I think she’s just like, seen life. Not only that, but she’s very kind and generous. She’s everything a woman should be, and she’s only 18 years old.”

Until then, check out below for some of the works of the amazing make-up artist! 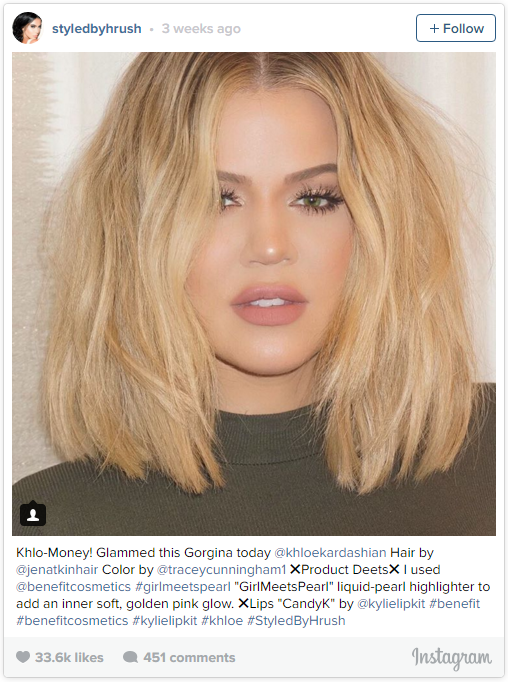 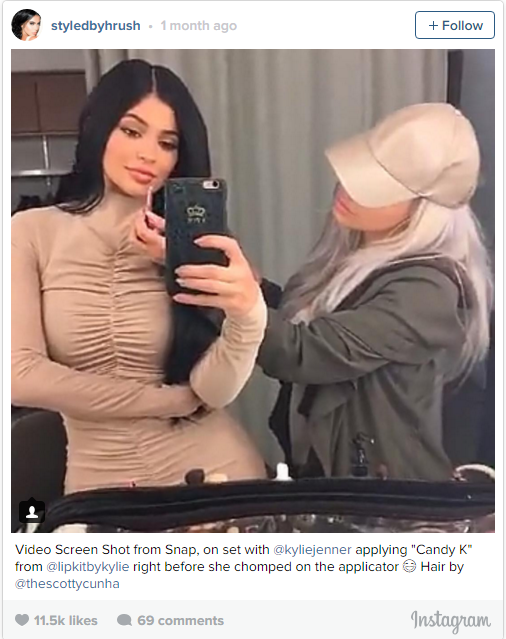 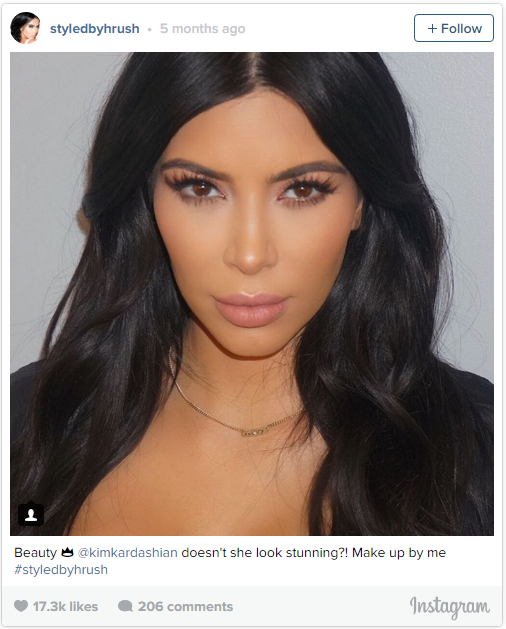 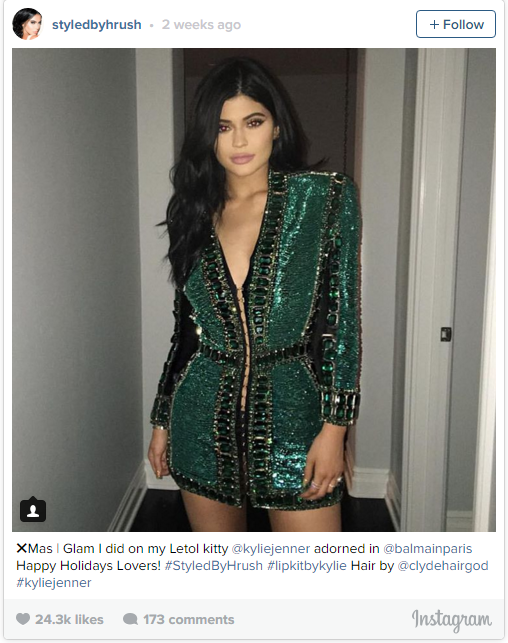 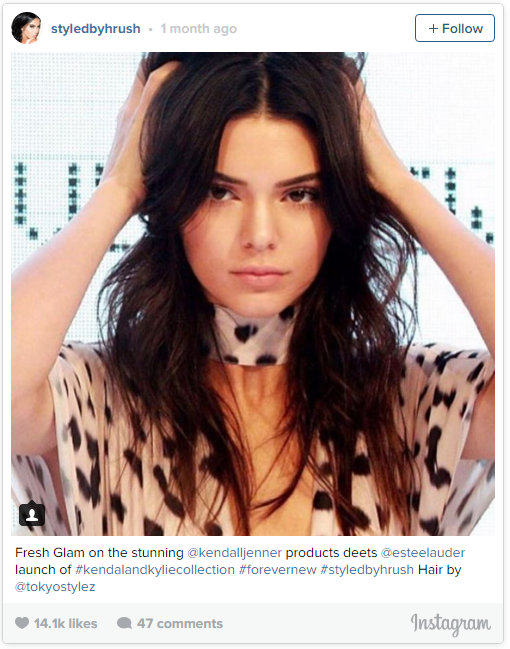 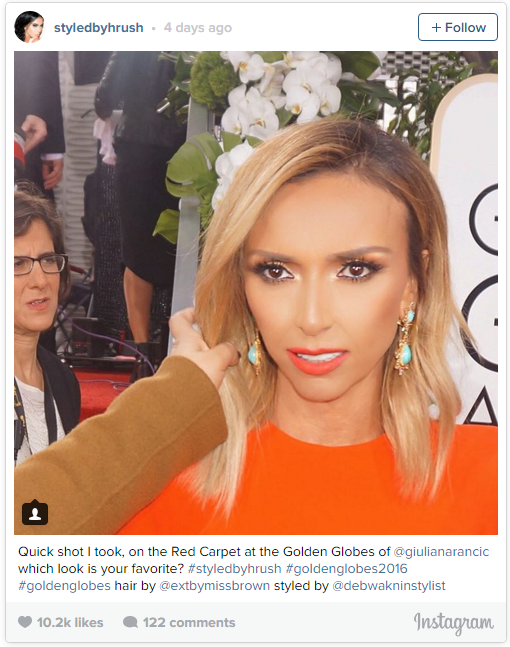