The announcement goes Jerry Hall and Rupert Murdoch being engaged! 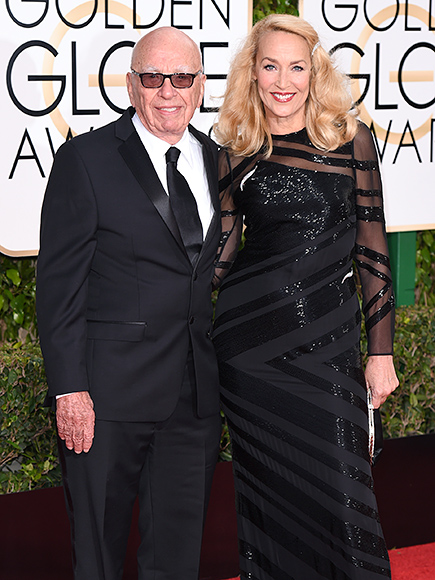 The duo decided to get engaged after their first four months relationship on Monday. The engagement occurred on the Births, Marriages, Deaths pages of Murdoch’s newspaper, The Times. 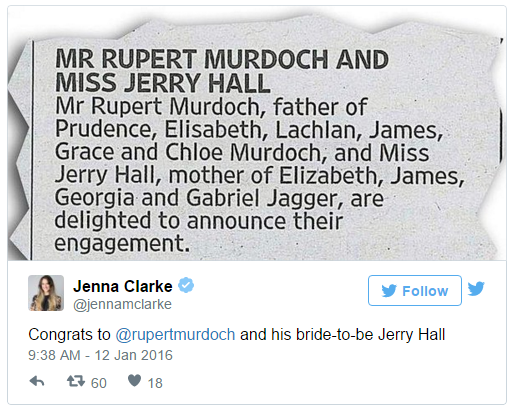 As the former model actress and the 84-year-old billionaire appeared at the Golden Globes on Sunday, as it shows the newly engaged appeared not to be wearing an engagement ring.

As it may be not yet confirmed, a source tells,

“They have been dating since late summer after being introduced by one of Mr Murdoch’s sisters and his niece in Australia.”

In referring to their relationship, they made their first romantic public when they attended the Rugby World Cup final in London.

Hall had a four children, and had past relationship with Mick Jagger from 1977 to 1999.

Murdoch, on the other hand, was divorced to third wife Wendi Deng in 2013.